WHAT IS CHILD PSYCHOLOGY ABOUT? DISCOVER INVALUABLE RESOURCES FOR BALANCED CHILD GROWTH!

The world of children is an intriguing, amazing and fascinating one. You need to find answers to the question, ‘What Is Child Psychology About?’ in

a mutually beneficial and fruitful relationship with your kids.

Out of curiosity, I carried out a subtle investigation on the children I lived with and made some remarkable findings and conclusions. Your relationship with your kid can either make or mare. Let’s be very sensitive to this issue.

Many parents are frustrated about problematic children. This stems from the lack of understanding of what child psychology is about. Boys kids and girls kids have special needs requiring urgent attention. Don’t be surprised if I tell you that these children actually hold the keys to success needed so badly by adults.

Let’s be wise with our angels. You will soon understand why thinking like a child is the cornerstone of success.

Are you one of those parents who spend their time criticizing children, bullying and calling them names as ‘’naughty, stubborn, heady?’’ Do you know why they resist you?

The story I’m about to tell you concerning one of my observations will baffle you. Don’t worry it’s very informative and will give you vital clues as to how to handle your little geniuses.

Avoid Saying ”No” All The Time To Your Children

Are you the type that keeps screaming ‘don’t do this, don’t do that?’ Don’t be afraid to admit. I do that a lot with my nieces and nephews until one of them unconsciously awakened my awareness as to why that approach is wrong.

When I came across my 3-year-old nephew for the first time, I quickly picked up some naughty traits. He would cry for long hours following a tiny reproach from his parents. I definitely concluded he was a difficult toddler as usual.

And then one day I tried to understand this attitude as I watched him closely. I had to give his daily dosage of yogurt. When I started opening the cup, all the cries in the world began. Oh. I didn’t see that one coming. HE WANTED TO DO IT HIMSELF.

I humbly handed over the cup to him knowing that he would come back running for help.

To my amazement, he skillfully opened the cup and enjoyed this delicious meal!  All by himself! What a sense of fulfillment I saw on his face. I was equally very impressed and my interest in this new discovery only heightened.

Kids Really Love To Do It On Their Own

On a second occasion, we went visiting and had to climb a very risky and poorly constructed staircase. We assisted all the children to climb up.

The time came for us to descend and it was the RISKIEST THING EVER. EVEN MY HEART POUNDED AS I DESCENDED.

My adventurer nephew was very excited about this new endeavor and wouldn’t allow anyone to help him down. THIS TIME HIS DAD WOUND’T ALLOW HIM HAVE HIS WAY. HE SWEPT HIM OFF HIS FEET AND CARRIED HIM DOWN THE STAIRS.

All of you can predict what followed. HE CRIED ENDLESSLY FOR THE NEXT 2 HOURS! and nothing could console him.

Oh. And the bell finally rang in my head: children cry when they feel frustrated about not being able to prove to themselves they can do it.

When my nephew wanted to descend the scary staircase without help, he wasn’t thinking ‘’I could fall’’, not at all. From all indications that fear was not even considered.

He was rather thinking, ‘’I’m doing this. Wooow this is cool and exciting fun, I’m getting to the bottom of this staircase. I love this GAME’’

How many times have we put our fears before our tasks? And abandoned before getting them only started?

Discover your child and understand their needs. Their infancy is spent testing their limits and proving to themselves THEY CAN FACE ANY CHALLENGE. Instead of scolding at them and being overly protective each time for daring, love them for trying and help them test themselves by providing a comfortable environment.

When you use this approach, you are intellectually preparing your children to become future solution-oriented individuals.

Girls kids may be more submissive and tender than our adventurous boys’ kids. However, parents must understand their children’s limits. You must play the kids game to know what they are up to.

In your mind’s eyes, your children will transform from being naughty kids to superheroes.

The process of discovering who your child really is could be a difficult task. I’ve identified some awesome resources that can help with your parenting needs and make the task more resourceful. Check them out below:

Here are the main skills you will learn at this summit as a parent:

And a lot of other handy strategies that you will be able to start implementing immediately.

This summit is delivered by 32 experts in the field, meaning the quality of resources you are about to access are certainly unquestionable. Enough with all the talking and check out more details of what you are about to unlock below:

There’s nothing worse than investing time and resources just to boost the self-esteem of your kids, only for your hard work to be washed down the drain by Cyberbullying and other forms of social media psychological harassment.

There’s no doubt that the coming of the internet has a ton of advantages, but the cons of this technological advancement should not be underestimated, especially when it has to do with the welfare of your children.

There are many suicides that have occurred as a result of Cyberbullying for instance. Even though some kids have been courageous enough to deal with this pressure, others simply take a simple way out by taking their own life.

The awareness about this danger is evident today, but how many kids still continue to hide cyberbullying and secretly hope it could just disappear? While it’s important to monitor the physical behavior of your child for signs of depressions and attitude swings, resorting to using an internet monitor software could really go a long way to help you intervene immediately, especially when your children just deliberately decide to keep everything to themselves.

Here are some reasons why you should get this internet monitoring software:

And so much more.

Did you know that this software could also be used in a company setting?

3 Talking To Toddlers: Dealing With The Terrible Twos And Beyond

Here are some of the skills you will acquire with this training resource as a parent:

With a lot of exciting things to learn about your toddler.

CLICK HERE TO LEARN MORE ABOUT  TALKING TO YOUR TODDLERS

Dr John Breeding, has reiterated everything I mentioned in this blog. Check this out:

Mastering the growth of your kids could be a challenging process, but the good news is that you don’t have to do it all by yourself. And to tell you that there is one rule that fits it all, would be very misleading.

There are invaluable resources out there that contribute to the balanced growth of your children. Here are just a couple of them presented below:

1 How To Help Your Child With Anxiety

How would you even know whether your child is having anxiety issues in the first place? The psychology of your beloved child would start to play games on them. Here are some common symptoms:

And so much more. Don’t ignore these symptoms when they suddenly appear. You need to take action immediately in order to help out your beloved and avoid further damage.

2 The Law Of Attraction For Kids

Here are the benefits of teaching your children the principles of the law of attraction early on in their childhood:

This is an invaluable resource that will help you teach your child how to acquire the reading skill successfully. And once your child realizes they can actually read without any hurdles or struggles, the following happens:

And what have you?

Give your children the right tools to embrace life from a positive perspective, so that only the sky would be their limit.

This reading program for children takes the experience even further. Here are some interesting facts you need to know about Reading Head Start:

And quite a lot going on on the inside.

Many parents who have already bought and used this course along with their children have only positive things to say about this program. Very impressive. The overall rating of 4.11/5 granted by GoodReads to Reading Head Start must be for a reason.

If you can’t find the purchase button on the landing page, make sure to scroll right to the bottom and click on the small ”Get Started” Button.

If you have children, it’s no new knowledge that the best way to assist them while they are growing up is by being there for them whenever they need you.

So while they spend the majority of time at home with you, you should take advantage of your availability and be a better coach, instead of hiring one. Children learn better with the people they trust.

This is yet another skill that you don’t have to learn on your own to give the best possible home and psychological education to your children. The resource you are about to discover will help you become a certified self-esteem coach for your children.

Here are some of the benefits you will be entitled to when you become A Certified Self-Esteem Coach for children:

I could go on, but you will discover them later.

The importance of sleep with regards to balanced child growth and psychology in children cannot be overemphasized. Here are some of them:

These are only just some of the benefits.

While you might be thinking that children usually fall asleep effortless, that might not always be the case with all of them. In fact, a significant number of children are having a hard time falling asleep, even when they are tired by all counts. The reasons could vary. That’s why there is no one solution fits all.

Several different parents have adopted various strategies to deal with this problem. Some of them include taking a warm bath, reading bedtime stories, using dim lights, etc, just so their little angels could catch some sleep.

While this has worked in many cases, I would like to recommend an addition solution which could render the task easier.

What else have I to tell you? My nephew is sending a message across the whole world that

”YOU MUST LOVE TO TRY NEW THINGS AND ENJOY EVERY MOMENT OF IT.” 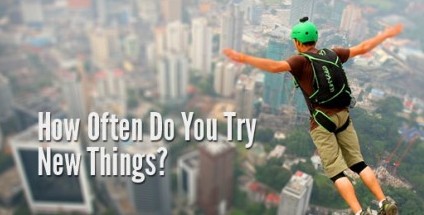 I hope you enjoyed the read.

If you have any questions with regards to these contents, please leave them in the comments section below, and I will be more than willing to help.